The end of brainstorming – it never led to groundbreaking innovation.

This post was inspired by a direct question for me on Quora. Over a year ago, I was asked a similar question.

Question: “How do successful companies manage the influx of ideas and choose top-notch ideas for inventing new products?“

The answer “forced” us to build the first Neuro Innovation Management Software, BlueCallom! We realized it will be the end of brainstorming. 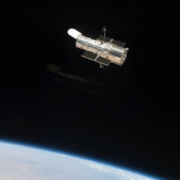 A loaded question. Almost like “how do we deal with the size of the universe and select where we want to do research?” We had amazing telescopes – but thinking outside the planet earth and building Hubble was a major breakthrough in many ways.

Answer: The influx of ideas and its selection.

Who says we have to make a selection? Think Hubble – look from the outside. We have to realize that all disruptive businesses we come across were built from pieces of ideas. If we select only a few – it will probably never survive just because we limit ourselves. More detailed questions needed to be answered:

Do we really know how to create a disruptive idea?

Once I realized that I couldn’t answer the following question: “How do you determine if there is an innovation at the end of the process?” we ended up building a Hubble for Innovation. We needed to leave the comfortable sessions, talking about thinking outside the box, thinking big, bold, open blah blah blah… and find our Hubble – Neuroscience.

The pictures we saw were more than spectacular!

We took the ideation process even further and deeper and stimulated an avalanche of idea pieces. In one project, we worked with 25 executives of a large airline, producing 25 x 30+ idea pieces = 750 idea pieces in one process (2 weeks of Neuro Ideation). Since we wanted to assess all ideas and use as many as we could, we ended up needing the computer and a few algorithms to help sort and rank it. Another project consisted of 600 managers from a large pharmaceutical company. We estimated that we aggregated roughly 18,000 idea pieces, of which we also want to take as many as we could. We had to admit, neither our idea collection mechanism nor our algorithm would be good enough for that task; so we decided to build a “machine” (software) to run the show.

There is no way I can describe all our insights from Neuroscience. However, our core discovery was: “Every idea ever created by a human being, was composed of past experiences.” Meaning we can’t “create any genuinely new idea.” In other words, hoping for ideas to compete in the innovation race is like dancing around a fireplace and hoping for rain. But that is what innovation labs do today.
The day we began to question all that, was the day we realized that innovation could be a logical, manageable and highly success-oriented process.

We’re almost there – currently beta testing. First, “self experiences” almost killed us, putting our own long-term vision on its head. It was even beyond our own expectations.

Neuro Innovation Management and the end of Brainstorming

1) No more limitations – The end of Brainstorming

Don’t limit your golden nuggets (ideas) because we all have been conditioned to a process called “Brainstorming.” While brainstorming was a great start, it never created groundbreaking innovation, and today we know why. Get your team from Brainstorming, yellow Post-Its, and whiteboards to a deep dive into Neuro Ideation. The depth of your ideas will be as different as the depth of the view from Hubble. Instead of ending a brainstorming session with a few “best ideas” leverage them all. Instead of making brainstorming the core of your ideation process, give your brain time to take a deep dive into past experiences, and come up with far more relevant concepts. Neuro Ideation is a two to three-week process and requires a needs and dreams analysis with your market to be prepared. The results will be stunning no matter how creative you may think you are.

2) Tools for things we can’t handle

Remember that we all built tools to overcome our physical limitations. So we need to build amazing tools to extend the limits of our idea process. It brings a truckload of valuable idea pieces. And when we think in that direction, it opens up a whole universe of innovation relevant aspects. We call it Deep Innovation Design.

You need to ask yourself some of the old questions: “What problem do you want to solve? Who do you want to innovate for? What value will you provide? 100% of the answers to those questions come from our customers. With Neuro Innovation Management, we can stimulate groundbreaking Innovation on Demand. Our “Innovation Hubble” already showed us pictures that we couldn’t imagine seeing before. We eventually realized that we have to start every innovation project with an “Innovation Opportunity Discovery” project.

P.S.
We feel like Pythagoras when he explained that earth is no disk – when we say “Innovation management is no serendipity,” declaring the end of brainstorming and the beginning of a logical, manageable innovation process.

I hope it gives you some inspiration.