In the past two years, we have been busy building the BlueCallom solution and working with a handful of customers to validate the concept. Now we will issue media releases soon.

In the meantime, check out our blog. Here we posted frequently from April 21, 2021, onward.

How we came to existence

Our two founders founded four disruptive companies:
1) Computer 2000, a high-tech products distributor, went into the market with a disruptive business model and competed with roughly 8,000 competitors worldwide, today global #1 with $56 Billion in revenue.

3) Webstock, the first digital stock exchange, in 1997. The company was acquired in 2001 by Baader, the largest stock trader in Germany.

4) BlueRoads, they started in 1999 in Silicon Valley. It became the fastest-growing indirect sales channel management company and successfully competed with the top three competitors, who were 25 times bigger.  The disruptive solution was patented in 2003, and the company was sold when reaching the #1 market position in 2010.

5) The couple retired and started the Society3 Accelerator in 2014, a nonprofit organization focused on helping startups develop disruptive solutions. In 2015 they were recognized as one of the world’s most influential accelerators in the Accelerator 100 List. After moving to Europe, they turned the Accelerator into a foundation called World Innovations Forum in 2018 and helped startups in the US, Europe, Asia, and Africa.

6) BlueCallom. After being asked countless times how they could develop so many disruptive companies and help others do that, too, the founders went on a quest to discover how the brain creates those ideas. With the help of neuroscience, brain experts, and reverse engineering their own behavior, including that from their most successful startups (two Unicorns), surprising results unfolded. They developed a method to help others apply that knowledge. The first trial failed because the teams created so much content that it was virtually impossible to put it all together manually. The decision was to develop an AI-driven and neuroscience-influenced platform to manage the entire process. Hundreds of KPIs have been a very welcomed bycatch. 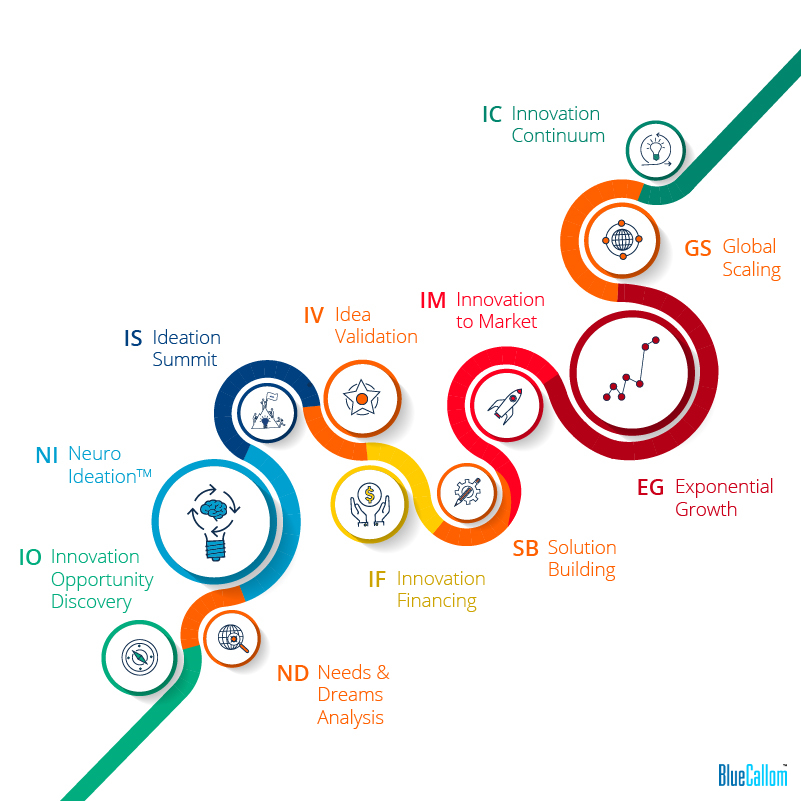 For media relations and to know more about what we are doing, please contact: